Best of the Fox – Massage Therapy

We are thrilled to announce that Natural Therapy Wellness Center has been voted as the Best Massage Therapy Center in McHenry County for 2015 in the Best of the Fox Awards. Thank you to everybody who voted for us in the reader’s poll taken during the month of April 2015 by the Northwest Herald. We have previously been honored to receive the top award in 2011 and ‘One of the Best’ in 2012, 2013 and 2014. We have also been awarded ‘One of the Best’ in Alternative Medicine in 2013 and 2014.  Check out our therapists here who earned these awards & see why we are once again “The Best of the Fox“.

Every year the Northwest Herald asks it’s readers to vote for their favorite businesses in the McHenry County, Illinois area. The votes are tabulated by business category and the top vote-receiver is awarded the prize of “Best of the Fox” and the second and third place winners are honored with the “One of the Best” awards. We look forward to this annual event and hope that you will vote next year for your favorite businesses in McHenry County.

By Jon Petersen|June 6th, 2015|Categories: Massage|Comments Off on Best of the Fox – Massage Therapy

Services By Appointment Only 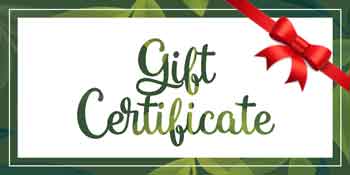 BEST OF THE FOX 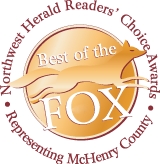 Thank you for choosing Natural Therapy Wellness Center to be a winner in "The Best of the Fox" for 2011 to 2017. We are so proud to be voted again as One of the Best Massage Therapists in McHenry County by the Northwest Herald Readers in 2017! Check out our therapists who earned these awards and see why we are once again "The Best of the Fox"... Read more >>

Due to Illinois’ statewide “Stay at Home” order, our office is currently closed through April 7th and will plan to reopen on Wednesday, April 8th. During this time our therapists are not able to work, but our office staff is working from home and still answering phone calls and emails. We are not making future appointments at this time but you may contact us to be put on a first priority list when we know our reopening date. Contact us today through email at office@mchenrymassage.com with any questions. We hope everyone stays safe and healthy during these challenging times!